I’ve been ill this week and as a result, due to the lack of photos on my camera roll, I thought I’d replace my ‘My Week In Photos’ with a subject really close to my heart that has been getting lots of attention on my social media timelines this week due to a government petition that has been started.

It’s about the government’s intentions to axe Dance, Drama and Performing arts from the school curriculum as they are supposed ‘soft subjects’.

All of the STEM (Science Technology English and Maths) snobbery that is going around lately seems to be coming to a head and arts subjects look like they are really going to suffer a blow thanks to the likes of MP’s such as Nicky Morgan downgrading the importance of arts subjects, to the extent of saying that if you choose to study one of these ‘soft’ or’ less important subjects it could hold you back in terms of career prospects forever.

Are career prospects really at the forefront of a teenager’s decision process when choosing GCSE’s? Of course, some of the decision-making should be led by what they would like to pursue for the future, but shouldn’t it be more about what subjects conjure enthusiasm, creativity and passion in pupils? When I took the decision to start my curriculum-based studies in dance, I didn’t think much further ahead than sitting my final exams. I saw dance as a creative outlet alongside the other 11 less creative GCSE subjects that I would be to study in those last 2 important years of school. My time in the dance studio gave me a break from equations (but not a break from hard work mind you) friends for life, happy memories in the classroom, it took me all the way to South Africa on an eye opening exchange trip to a Pretoria performing arts school and it took me to the Royal Albert Hall to perform with hundreds of other Dance students. None of these things currently exist on my CV, but they are memories and proud experiences that have all contributed to what I’ve done since and the paths I have chosen in life.

Following school I went to a sixth form college and out of the 4 A Levels I chose, 2 were arts subjects – Dance and Photography. On paper, according to the government, I would have already been on a path of being ‘held back’ by my passions and my lack of sciences and ‘harder’ subjects. After 2 years at college, as customary, I applied to UCAS and got a place on several BA Dance courses and in 2011 began studying Dance full time at the University of Chichester. Career goals scuppered, yes?

Seven years of studying Dance within the education system and 5 year’s since my last Science, Maths or Technology based subject later and I graduated into the big wide world. I knew I didn’t want to be a dancer, that wasn’t for me, and teaching full time wasn’t a commitment I was ready to make just yet. Surely those are the only two professions I was qualified in due to the nature of my chosen studies? Wrong! Thanks to the incredibly well rounded course Chichester provide, I’d discovered a passion for dance journalism, and dance movement psychotherapy, and dance film, and dance histories and many more things that I’d taken away from my time as a dance student other than practical knowledge of Ballet and Contemporary Dance. Perhaps I wasn’t going to be as much of a failure as the government might like/think….

I am now an Account Manager at a marketing agency advertising arts events in London, a dance writer and teacher in my free time and I run this lovely blog. The company I work for is full of people that studied arts subjects, we have ex-actors, musicians and dancers that do the same job as me as well as those who have studied History, English and various language subjects considered to be more appropriate for the curriculum by the government. None of my colleagues seem to think those of us who studied these so called ‘soft’ subjects are less qualified and if anything all of our varied experiences combined make for a better working environment full of confident people with stories and tales from a range of background. I don’t use physics in my job, nor A Level maths or even GCSE level maths at that, but do I diminish those subjects in their importance?

Does studying dance mean you’re to be a dancer? Or drama an actor? I don’t think the thousands of people that enter higher education in those subjects every year think that every single one of them will ‘make it’. People enter into these courses and institutions following a passion and hoping that by pursuing what they love they will find what’s right for them whether it be within that field or not. If, when taking those first steps on my GCSE Dance course, I had been told at the age of 14 that I was going to sit at a desk in an office in London courtesy of my love of dance I wouldn’t have believed you. But the fact is I’ve found a profession I love through a route that people think conventionally means should end with a small portion of people on the stage in a spotlight, with the rest that fail to ‘make it’ apparently held back for life regretting their decisions. This couldn’t be further from the truth and I don’t know anybody who has studied an arts subject and would say they wholeheartedly regret their decision to do so.

Us art folk, arts graduates, art students and artists are in every museum, every theatre, every call centre, every retail environment and every office and we reached those places in our life by following what we love to do with unashamed passion and enthusiasm. Whether that’s where you feel we should have ended up is up to you, failure isn’t studying dance and not being a principal dancer at the Royal Ballet.

Studying the arts is loving what you do, making friends in a sweaty dance studio rather than a lonely lecture theatre, soaking up culture and creatively viewing the world around us and following what ever path feels best. Don’t shut the door to the world of arts to young people before its even open to them, young people deserve the opportunity to study what they like and let their passion carry them through life alongside the already high pressured requirements that face them in their GCSE and A Level years. A couple of hours in a dance studio a week could bring them irrevocable joy and a career they never expected.

See below some photos of me while I was a dance student looking miserable and regretting all of my choices and thinking about how awful my career prospects will probably be now: 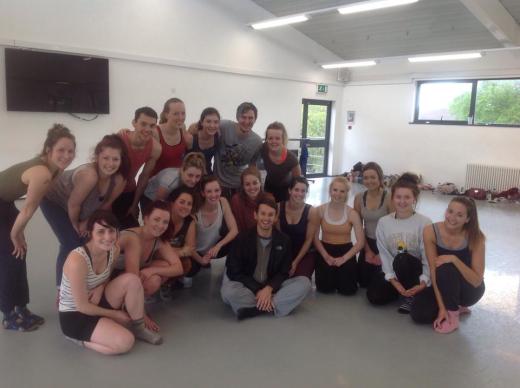 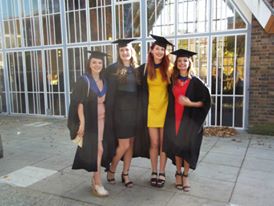 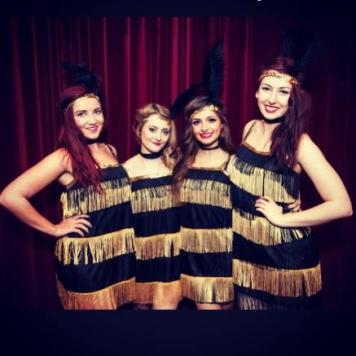