Yes it’s that time of year officially! Because Winter Wonderland is BACK!

And for its tenth year at Hyde Park it’s as big as ever. It opens to the public tonight but I was lucky enough to get a sneaky peak and enjoy all the festive fun last night. 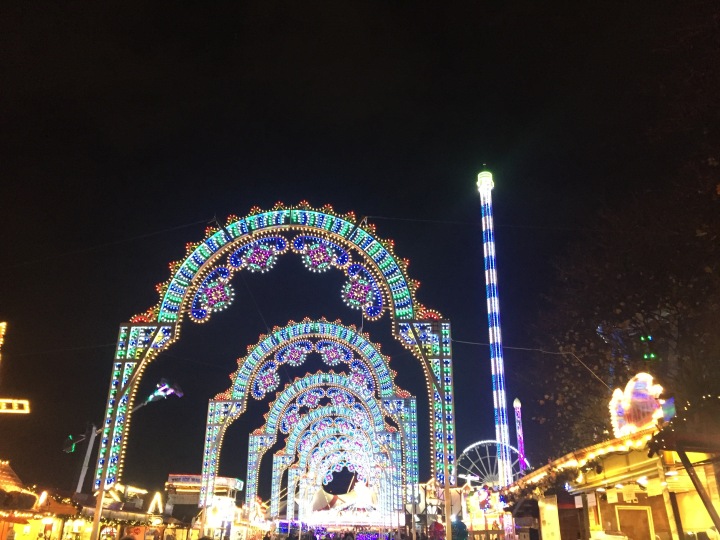 It’s the same vibe as it has been every year – bright lights, loud music and a vast site covering acres of the Royal Park. So if you’re a regular, don’t worry you won’t be disappointed – it’s as tacky as ever, but in the best possible Christmas way!

When faced with acres of rides, mulled wine, shows and ice rinks its hard to know where to start so we hopped on the nearest ride we saw, a waltzer.

Feeling suitably dizzy, it was probably a good thing we did this first before heading over to the enormous Bavarian Village.

Winter Wonderland wouldn’t be Winter Wonderland without its cavernous beer hall, and over the years it’s grown and grown to an enormous tent lined with bench tables and flanked with bars to keep you topped up.

We had mulled wine, the boys had beer and we sat in this Christmassy bubble snacking on pretzels and loving life while a band sang ABBA covers on the stage – definition of festive right?

Our next port of call was the Magical Ice Kingdom.

I’d always walked past this in years past and never gone in, always put off by the need to buy a ticket without really knowing what lay inside.

But it is so freakin’ cool. Full of spectacular ice sculptures that in honour of Winter Wonderland’s 10th year are themed as an ‘Arctic Adventure.’

The place was full of massive chunks of ice sculpted into explorers, whales, polar bears and even a slide made of ice. So mesmerising, even for us adults.

After leaving the Magical Ice Kingdom the real world felt positively tropical, so we ran around on some rides a bit more before returning to the Bavarian Village for some true Winter Wonderland grub – Bratwurst.

On offer for the preview evening alongside the Bratwurst was beef goulash and minestrone soup for the veggies – all incredible and perfect for warming your soul after coming in from the cold. 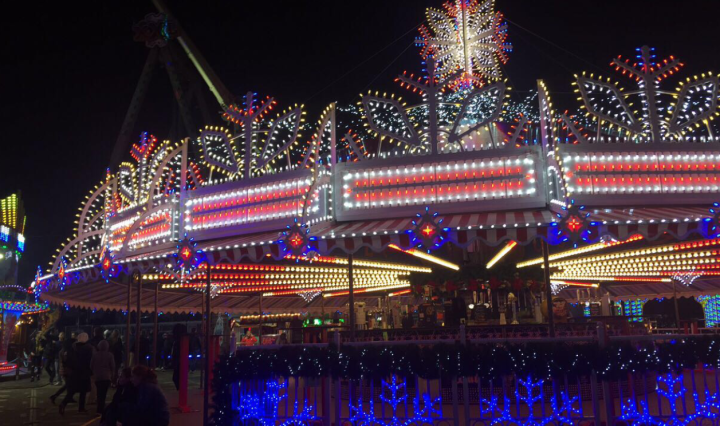 Other activities on offer outside of the drinking and fairground rides (I mean, thats enough for me!) are an ice rink which is right by the Hyde Park Corner entrance, Zippo’s Circus and in aid of the special year, Nutcracker On Ice which promises to be a spectacular 60 minutes.

Surely this must cost a small fortune? Of course! It’s central London during December so that’s sadly a given. But as a Christmas night out with friends, it’s perfect. Plan in advance, and if you know what you’re going to be spending it shouldn’t shock you when the day comes.

Winter Wonderland is what it is -loud, bright and perpetually screaming CHRISTMAS at you from every corner. But who wants a half arsed Christmas anyway?

Go to Winter Wonderland, go full Christmas and you’ll have the funnest night and leave its bright lights behind still grinning on the tube home.