When you’re out and about in a new city, it’s hard not to compare it to your own.

So I was pretty baffled when we ventured into the centre of Berlin to find it was, well, quiet…

The roads weren’t jammed, we weren’t viciously ploughing through crowds just to get from A to B, and during rush hour the U-Bahn (their version of the tube) was positively lovely. 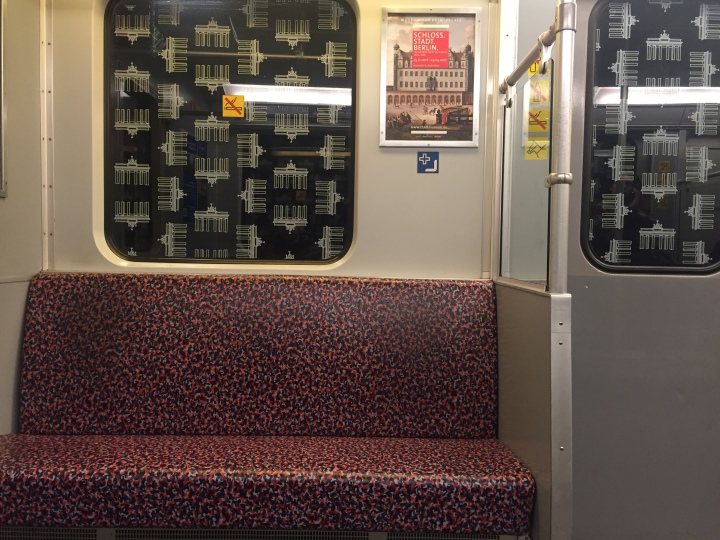 Being a Londoner, this unsettled me at first. I kept telling my boyfriend that I had some weird sort of FOMO and was convinced everyone was hiding somewhere really cool that we had totally missed.

But after a while, I got used to the calm and it was lovely.

Not once did I feel that sense that I may get my pockets picked that i’ve experienced in Barcelona, Lisbon and other similar European cities.

Unter den Linden, which I can only compare to the Mall, is one of the main roads in Berlin.

Stretching from Alexanderplatz all the way to the Brandenberg Gate, it’s a good place to begin any adventure around the city centre.

If you start at the Alexanderplatz U-Bahn station and walk along you’ll pass underneath the looming Fernsehturm (TV tower) across Museum Island and past the Berliner Dom and then down the main thoroughfare with the Brandenberg Gate and the dome of the Reichstag visible in the distance.

I’d definitely recommend stopping for a visit at the Berliner Dom as you pass- Berlin’s enormous cathedral.

It was one of my highlights of the trip!

Even if the historical significance of the place doesn’t tickle your fancy, the dome walkway at the top is worth the 7 euro entrance fee alone and arguably gives you the best 360 degree view of Berlin.

It’s the best part of 200 steps to reach the top, so not for the faint hearted – or the faint legged at that – but the view is 10/10 wonderful and worth a trip if you’re up for it.

Who knows, from that high up you might even spot loads of things you’d like to do.

Read Part One of my Berlin adventures here – Kreuzberg, Checkpoint Charlie and the East Side Gallery.