I’ve been on a few travels recently, hence why my blog has been a bit sparse …but I’m about to bombard it as there’s a lot planned in the lead up to Christmas!

But before things get too festive, the subject is my trip to Berlin.

I had been to Berlin before but on a school trip, so we covered all the WW2 historical sites – pretty harrowing, but important too.

However, I wanted to go and experience Berlin for all the more positive reasons. And the area where our Air BnB is located was a good place to start.

We booked to stay in a loft in Kreuzberg, which is kind of Berlin’s answer to Dalston or Shoreditch.

It’s covered in graffiti, with tonnes of bars and wonderful places to eat. We were pleased to find that almost all of the restaurants we had been recommended were in walking distance to our apartment, which is a true testament to just how much great food there is to eat in the area. 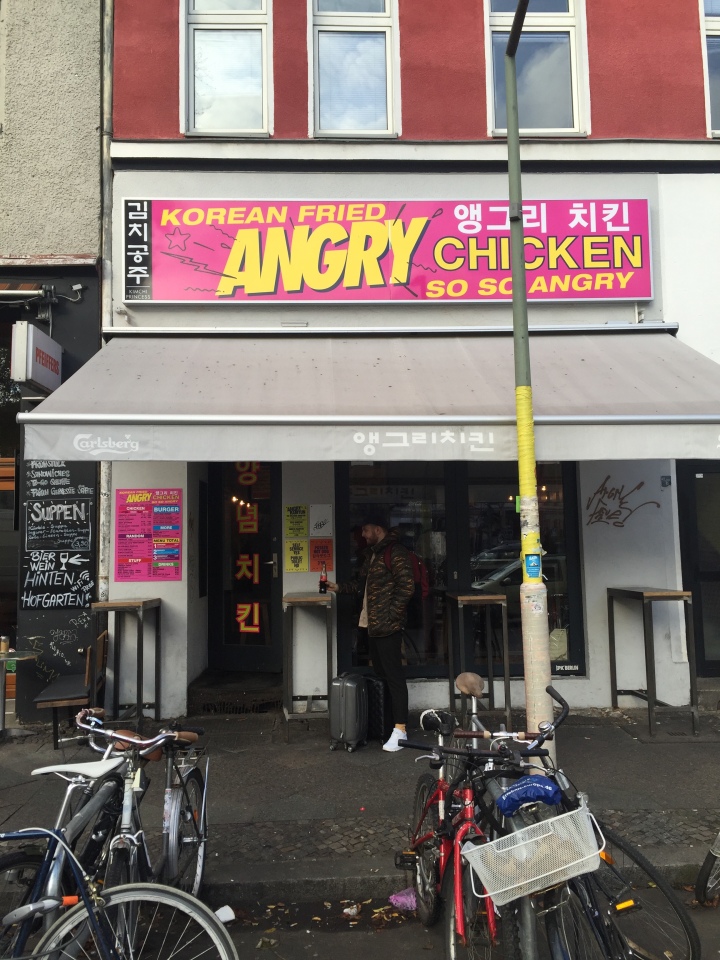 Where we ate: Kimchi Princess, Kreuzburger and Angry Chicken

When the wall was up, Kreuzberg was located in West Berlin and since it has come down has become overrun with political art and as I mentioned before, graffiti galore.

I’m not sure whether the East Side gallery is technically in Kreuzberg, but its damn near and a walkable distance. For those who don’t already know, the East Side Gallery isn’t a traditional gallery inside four walls.

It’s 1316metres of the Berlin wall which has been preserved thanks to the artwork covering it from top to bottom and end to end.

Some of it has clearly been commissioned (those parts have a protective fence in front to stop vandals) and some are passionate outpourings of art and sentiment from artists and passers by from around the world. One notable part of the wall is by artist Thierry Noir whose abstract looking men have become a sort of legend in Berlin, with souvenir shops offering everything from mini Trabant cars to mugs adorned with his art work.

He was rumoured to also be the first street artist to paint the Berlin wall. Pretty cool.

Another landmark reminder of a divided Berlin is Checkpoint Charlie, also in Kreuzberg, and a short walk from the East Side Gallery – these two sites are great to see in one day.

The original checkpoint is no longer there, but thanks to a replica of its infamous signage and an ominous image of a Russian soldier looking across the would be boarder with his eye on the West, it’s not too hard to imagine.

Kreuzberg is full of these stark reminders that the city was once in two halves, but its also a bubbling cauldron of the city’s new identity. Full of art, young people, different cultures and a wonderful vibe that makes it feel like the friendly place it is.

One thought on “Berlin Part 1: Around Kreuzberg, Checkpoint Charlie and the East Side Gallery”